At 61 years young Pat Miller has travelled to more than 31 countries, carries a keen twinkle in her eyes, a huge smile and shows no sign of waining wanderlust. In 2005, a few years after her husband’s death, Pat travelled to Russia with her cousin Phyllis and in 2012 Pat and her travel companion cousin, who had been to Africa fifteen times prior, took an independent custom travel trip to Kenya and Tanzania. A small part of their itinerary included a two hour visit to Out of Africa’s Karen Blixen’s coffee farm in Nairobi. Their trip was recently chronicled by Phyllis’ son in Ensemble Lifestyle, a private label magazine distributed only to Ensemble Travel’s affluent clientele.

Pat’s parents met at an Officers Dance, her Father a Radio Officer in the Merchant Marines; her Mother a nurse. But her Mom, who hailed from England, was no regular nurse. Mrs. Kreutzer was known as the “Angel of Mercy” according to a local Brooklyn newspaper who featured a story about her when she and her husband eventually moved to Brooklyn after that first Officer’s Club dance. 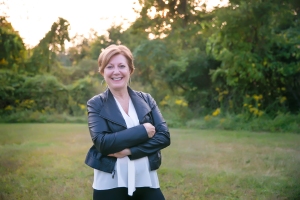 “She used to bicycle from house to house where babies were just born, to check on the moms and the infants,” Pat explained. “She was a very sweet and compassionate woman.” The family began to spend summers in Rockland County to get away from the City and Pat’s Mom loved “the country.” After several years they decided to buy a house and settle in Pearl River. Her Dad, a consummate City man, loved Manhattan and his handball games with work buddies so continued to travel into the City to work.

“My parents were great people, they loved us and I have so many good memories of my childhood. I was raised Jewish like my Father, but every Holiday my Mom would make traditional English food like minced patties.” Pat explained. “To this day a traditional feast with English food reminds me of home.”

When Pat was a teenager, her older brother got involved with drugs and there was a tremendous amount of emotional turmoil in her home. “At the time, we just dealt with it and I continued as a very good student in school,” she remembers. “But when I was sixteen, maybe as some sort of rebellion, I decided not to continue my academic courses, but instead enrolled in hairdressing courses at BOCES. My Father was not happy with me!”

Pat dreamed of opening her own salon in Manhattan. But as fate would have it one of Pat’s dear friends was studying Social Services and the two worked at a recreational program in Haverstraw summer of her Senior year of high school. “I really enjoyed taking care of and mentoring the children in the program and decided to go back to College.” she said.

A friend persuaded her not to study social work but to go into nursing so Pat attended Rockland Community College where she received an Associates Degree in Applied Science with a specialty in Nursing and became a Registered Nurse. “It’s so funny, I love Science but I also love design, clothing and color and thought that I would like to attend the Fashion Institute of Technology,” she recalls. But Pat’s Father felt that his daughter needed a “Profession” and the ability to “make a dollar” and not necessarily in a volatile field like design. From dreams of entrepreneurship to Nurse to almost Fashion graduate.

Pat decided to continue her nursing education and attended Columbia University later taking a position at New York Hospital/Cornell University as a staff nurse in their Surgical Intensive Care Unit. She was promoted to Nurse Manager and later became an instructor in their Nursing Education Department. Pat was 24 years old.

Pat decided to go on and complete her Masters in Teaching and later became a Clinical Nurse Specialist and developed New York Hospital/Cornell’s Patient Family Education Program. She later took a position as Executive Director in charge of New York Presbyterian’s International Corporate Health Program and spearheaded a health and wellness program, a position she stayed in for twenty years until 2013.

When she started work at New York Hospital/Cornell University, Pat met a woman who lived in the same medical student housing and they became fast friends. She was a psychiatric nurse and they went to the ballet together discovering the City one restaurant at a time. Pat received a phone call one night from her friend that she had overdosed and she died that next morning. Pat was devastated.

Pat knew that she needed to seek counseling and as she joked, “I ended up competing with Woody Allen on the most time on a therapist’s couch.” She confided in her therapist about her brother and slowly began to heal from other life’s tragedies.

Thanksgiving 1977, Pat’s brother asked her to accompany him to his good friend’s home in Grandview. Pat fit in like a glove and she became fast friends with Rick’s wife Paula. They were best friends for 18 years and were known to talk on the phone for eight hours on a given Saturday afternoon. Paula would often tell Pat that she needed “a good guy” just like Rick and would even gently persuade them to dance together at parties because Paula knew Pat loved to dance.

In 1996 in a freak accident, Paula was killed in a gas station on Route 9W in Nyack.

Rick heard the explosion, drove to the gas station to see Paula’s car there and asked the owner if he could jump into the burning inferno as well.

Time passed and Rick asked Pat one day, “What would you say if I wanted to date you?” Pat didn’t know what to say. She was overwhelmed. Embarrassed. And couldn’t stop thinking of Paula. Rick told her the story that one night while talking, Paula said, “If anything should happen to me, marry Pat—she’s a great lady.”

Pat and Rick were married and lived a wonderful life, filled with work, children and travel until he died of lung cancer.

Nine years ago she met Moshe her life partner and they began the next life chapter. The two have travelled together to Italy, England, Hawaii, Israel, Spain, China, Hong Kong, France, California, Utah, and Puerto Rico.

She also began a journey to establish a new career as a Life Coach.  With her extensive nursing and teaching background it seemed the perfect fit. The business is called Coach for Well Being. Pat attended New York University’s Organizational and Life Coaching Program. Pat specializes in balancing of work and home; loss of a loved one; elder care; recovering from an illness; looking for a relationship; career change; job loss; separation/divorce.

One client had this to say about Pat, “I found Pat to have one of the most soothing, compassionate demeanors, she comes from a nurturing, kind and maternal place. That attitude really resonated with me.”

It seems that the apple doesn’t fall far from the tree. Wherever Pat travels with her suitcase or her new business her Mom, the “Angel of Mercy” will be proud. 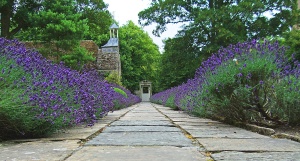 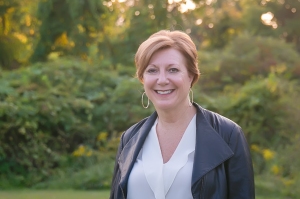