John Gardner wants to be a filmmaker.

He is fascinated with old Saturday Night Live episodes, believes that anything before 2000 was “choppy” and spends hours dissecting each show’s content. “He’s sort of a history buff when it comes to TV shows and movies,” says Gerri, John’s Mom. “Family Guy is also one of his favorites, his and his Dads.” 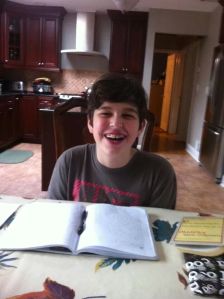 Whether somebody or something is making him laugh or he is the one behind the laughter, he finds it infectious. Seth MacFarlane has made a very nice living making people laugh. His two animated short films; Life of Larry and Larry and Steve led to the development of Hanna-Barbera’s Family Guy in 1997. John didn’t share this trivia, but something tells me if we discussed the show’s legacy, he would have known all the details.

John was diagnosed with Asperger’s syndrome, also called Asperger’s disorder, a form of Autism, that involves delays in the development of many basic skills, most notably the ability to socialize with others, to communicate, and to use imagination.

“John didn’t speak until he was almost four years old,” remembers his Mom Gerri of New City. “Once he was diagnosed, we wished to find a socialization program for him and were told by the school district that the only programs were in Westchester and Bergen Counties. I didn’t really want to drive him that far, John was nine years old and I am a nurse, the closer the better. So my husband and I took it upon ourselves to research programs. One day I just googled Asperger’s socialization programs in Rockland and Jewish Family Services popped up.”

Michele Koenig, LPC, LMFT, Director of Clinical Programs was the first person Gerri met at RJFS. The Gardner’s are not Jewish, but being a non-sectarian community-benefitting agency it did not matter. What mattered for Gerri and her husband (also) John was getting John the services and the tools that he needed to thrive. “Michele was wonderful, “Gerri recalls.

John has been attending a socialization group at Rockland JFS for about five years. When he first started attending there were only seven or eight children, now the group is at least twenty. “He was quiet, at first,” remembers Gerri, “but he is not quiet now, I think he leads the group many times!”

Through the group, the Gardner’s learned about the Total Teen Experience, a summer camp run through RJFS for the last four years beginning this year at the Ramapo College campus (and adding two brand new camps for younger children with Social Deficits). John attended the camp last year and worked in the office of Israel Bonds, as part of the Entrepreneurship Program of the camp, assisting with filing, organization of work, shredding and other office duties. This was a perfect match for John who thrives on organization and tasks which involve putting things in order.

“It was pretty good,” John, admits, “We got a half hour break everyday.”

The on-the-job training is part of the camp “Entrepreneurial Program” and encourages the teens to find their passion. John explained that this would be his last year at the camp because he wants to get an actual “real” job next year. “Camp made me realize that I couldn’t have gotten a job this year, I needed to become more mature.” He admits. “I want to work at the movie theater near my house next year.”

This coming year Campers will run a self-sustaining business on campus. They will interact with other Campers as they create a business plan and implement what they create. Each participant will work all aspects of the business–from market research, creating a product, retail, marketing, budgeting and more.

The camp also offers something called the “Filmmaking Experience”. Frandy Osias-Louis, a recent Dominican College graduate with a degree in psychology worked as a counselor at the Total Teen Experience last year and taught the filmmaking class.

“Everyone is afraid of something,” he explains. “We taught the teens that is ok. The project asked each camper to come up with a weakness that bothers them and maybe hinders them in doing things.” A few weakness examples from last year’s campers were: “I Overthink Things” and “I am Way Too Friendly”.

The film project was entitled “This is Me” and was to show the teens that even a suspected weakness could be turned into a strength.

Each camper had their own vignette in the film and joined Osias-Louis in putting the film together. At the end of the camp the film was shown to all campers and parents. “It was so nice,” Gerri recalls, “there was a graduation ceremony and popcorn and snacks were served—it was really touching.” 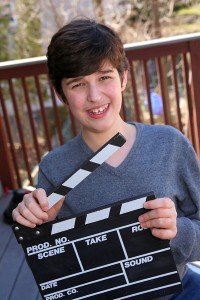 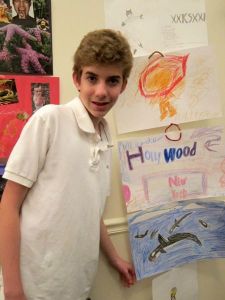 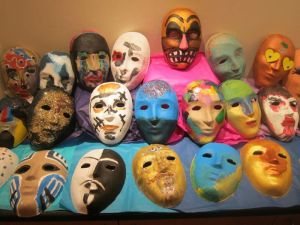