ArtsRock is proud to announce that the legendary Broadway star CHITA RIVERA will appear in conversation with Elliott Forrest at The Nyack Center, 58 Depew Avenue, on Friday, May 13 at 8:00 PM. For more information or to purchase tickets, go to http://www.artsrock.org or call 855-ArtsRock.

“This is a living legend. Chita Rivera spans decades of the best of stage and screen and has been awarded our nations highest awards for excellence. I can’t wait to sit on the stage with her and share her wit and wisdom with our ArtsRock audience in Nyack,” says ArtsRock Artistic Director, Elliott Forrest.

An accomplished and versatile actress/singer/dancer, Chita Rivera has won two Tony Awards as Best Leading Actress in a Musical and received eight additional Tony nominations for an exceptional 10 Tony nominations. In November “Great Performances” aired their special Chita Rivera: A Lot of Livin’ To Do, a retrospective of her extraordinary life and career nationally on PBS. She recently starred in the Broadway production of The Visit, the final John Kander/Fred Ebb/Terrence McNally musical directed by John Doyle and choreographed by Graciela Daniele (2015) following the acclaimed production at the Williamstown Theatre Festival in the summer of 2014. She starred in the Broadway revival of The Mystery of Edwin Drood, the Broadway and touring productions of The Dancer’s Life, and the revival of the Broadway musical Nine with Antonio Banderas. She trained as a ballerina (from age 11) before receiving a scholarship to the School of American Ballet from legendary George Balanchine. Chita’s first appearance (age 17) was as a principal dancer in Call Me Madam. Her electric performance as Anita in the original Broadway premiere of West Side Story brought her stardom, which she repeated in London. Her career is highlighted by starring roles in Bye Bye Birdie, The Rink (Tony Award), Chicago, Jerry’s Girls, Kiss of the Spider Woman (Tony Award), and the original Broadway casts of Guys and Dolls, Can-Can, Seventh Heaven and Mr. Wonderful. On tour: Born Yesterday, The Rose Tattoo, Call Me Madam, Threepenny Opera, Sweet Charity, Kiss Me Kate, Zorba, Can-Can with The Rockettes. She was awarded The Presidential Medal of Freedom by President Barack Obama in 2009. She received the coveted Kennedy Center Honor in Washington, DC in 2002 and was the first Hispanic woman ever chosen to receive this award. Chita’s current solo CD is entitled And Now I Swing.

Elliott Forrest has hosted and produced live events from Lincoln Center, Carnegie Hall, Hollywood Bowl and The Jerome L. Greene Space, among others. He is the recipient of a George Foster Peabody Award and has hosted more the 60 concerts at Carnegie Hall. He has been on the radio in New York City for 30 years and is currently heard on classical music station 105.9FM, WQXR-FM. In Rockland County, Forrest is the Founding Artistic Director of ArtsRock where he’s led staged interviews with such luminaries as David Hyde Pierce, Lewis Black, Alec Baldwin, Mike Nichols, Robert Osborne and others. For 12 years Elliott was seen on the A&E Television Network as host of BREAKFAS T WITH THE ARTS and BIOGRAPHY.
###

ArtsRock – The mission of ArtsRock is to provide increased access to professional arts and multi-cultural programs for an underserved, diverse audience, in and around Rockland County. ArtsRock is a 501 (C)(3) New York Not For-Profit Corporation.
For more information or to purchase tickets, go to http://www.artsrock.org or call 855-ArtsRock.
### 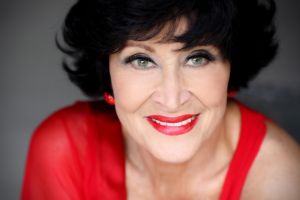